PEmicro is an industry trendsetter in Debug and ISP Programming tools for a wide variety of ARM® devices. Incorporated in 1982, PEmicro developed and marketed the first-of-its-kind general purpose programmer, with reconfigurable outputs to allow engineers to use a single tool to program memory from a wide variety of device manufacturers. Today, PEmicro continues this universal programming philosophy with its flagship products for both Advanced Debug and ISP Production Programming tools.

On the development side, PEmico’s  Multilink debug probes support many advanced debug features including power measurement, real-time expressions view, SWO data capture, and printf capture. The tools are seamlessly integrated into a variety of popular  3rd party IDEs, as well as through an Eclipse-based plug-in which integrates these tools into any GDB-based Eclipse IDE.

For production, Pemicro's Cyclone ISP programmers are some of the fastest and most sophisticated and secure programming tools on the market. CYCLONE and CYCLONE FX series programmers can easily be automated, or operated manually in stand-alone mode to securely program target devices. CYCLONE FX programmers are PEmicro’s flagship Cyclones and offer several powerful and unique enhancements to memory size, programming speed, and data security.

PEmicro takes pride in its commitment to providing professional, cost-effective development tools and prompt, knowledgeable customer support. Over the years, we have been fortunate to build many great relationships that have contributed to the success of PEmicro and our partners. Although much has changed over the years, we have always practiced the same philosophy: a dedication to excellence in designing products that are both sophisticated and reliable to help make the complete development cycle faster and easier.

P&E Microcomputer Systems' Cyclone FX stand-alone programmers are powerful in-circuit, stand-alone programmers that support a wide range of ARM Cortex and NXP® processor families. The Cyclone FX series are available in two different configurations, CYCLONE_ACP_FX and CYCLONE_UNIVERSAL_FX, which have the same functionality and vary only by their supported MCU's. Feature sets are the same for both. They are versatile tools that offer on-board storage of programming images, provides power to the target, supports manual or automated programming, and has an easy-to-use touchscreen interface. Programming may be launched by a single button press without a PC or automatically from a PC via the automated control SDK. The Cyclone series of programmers may also be used as debug probes during development.

Note: The exceptional performance increases seen with the Cyclone FX are limited to synchronous architectures: All P&E-supported ARM devices (including Kinetis, LPC, etc.), S32, Qorivva, Coldfire V2-V4, DSC, and MPC5xx/8xx. Performance is increased on other architectures, but not by as large a margin.

PEmicro's Cyclone programmers are powerful in-circuit, stand-alone programmers that support a wide range of ARM Cortex and NXP® processor families. The Cyclone is available in two different model configurations, CYCLONE_ACP and CYCLONE_UNIVERSAL, which have the same functionality and vary only by their supported MCU's. Cyclone programmers are versatile tools that offer on-board storage of programming images, provide power to the target, support manual or automated programming, and have an easy-to-use touchscreen interface. Programming may be launched by a single button press without a PC or automatically from a PC via the automated control SDK. The Cyclone may also be used as a debug probe during development.

a) The CYCLONE_ACP covers a wide variety of ARM Cortex devices.

16MB internal memory. The Cyclone may be pre-programmed with non-volatile programming images and controlled via the touchscreen LCD, start button, or remotely from a PC (serial, USB, ethernet). Stand-alone programming operation does not require a PC.

Allows switching of the target's power supply via Cyclone "power-in" and "power-out" jacks. On-board electromechanical relays handle the power switching. Power can also be provided to the target via the debug connection.

Multiple programming images may be stored in Cyclone memory. The Cyclone can store up to 8 images.

The Cyclone can program dynamic data, such as serial numbers.

The 4.3" touchscreen display, in conjunction with the status LEDs and Start button, allows stand-alone control and configuration of the Cyclone.

PEmicro's Multilink ACP and Multilink Universal are development interfaces which allow a PC access to the Background Debug Mode (BDM) or JTAG interface on ARM devices from several manufacturers (Multilnk ACP) and also many different NXP MCU architectures  (Multilink Universal). They connect between a USB port on a Windows machine and the standard debug connector on the target. Headers for the supported architectures are located under an easy access panel that flips open. Ribbon cables suitable for a variety of architectures are included.

By using the Multilink ACP or Multilink Universal debug probes, the user can take advantage of the background debug mode to halt normal processor execution and use a PC to control the processor. The user can then directly control the target’s execution, read/write registers and memory values, debug code on the processor, and program internal or external FLASH memory devices.

These Multilinks work with PEmicro's in-circuit debuggers and flash programmers to allow debug and flash programming of the target processor. For many of the supported processors, P&E has a set of interface libraries allowing the user to write their own Windows based application which interacts with PEmicro's debug interface. LPCXpresso, Kinetis Design Studio, S32 ARM and Power, Somnium, IAR, Cosmic, Codesourcery, Keil, Atollic, and CodeWarrior software all support the use of PEmicro's Multilink ACP and Multilink Universal to develop and debug with NXP's Kinetis ARM devices.

This interface is USB 2.0 compatible, and it is also backwards compatible with USB 1.1 ports.

PEmicro's USB Multilink Universal FX is a high-speed, all-in-one development interface which allows a PC access to the Background Debug Mode (BDM) or JTAG interface on many different NXP MCU architectures and ARM devices from several manufacturers (see complete list below). The FX's high-speed USB interface allows communications between your Windows machine and the standard debug connector on the target. Connections to target MCUs are supported via the multiple headers located on the USB Multilink Universal FX. The product photos to the left of this page show how the headers can be accessed by simply flipping open the plastic case. Ribbon cables suitable for a variety of architectures are included.

The USB Multilink Universal FX includes all the features of PEmicro's standard Multilink interfaces, plus these additional benefits:

GDB is a freely downloadable software debugger that, when paired with debug hardware, provides debug capabilities including flash programming, execution control, breakpoints, watchpoints, stepping, and value inspection. P&E's GDB Server is the piece which links the GDB debugger to the P&E hardware, allowing debug and programming via USB, Serial, and Ethernet buses. PEmicro's GDB Server is available to download at no cost. PEmicro's GDB Server supports Multilink, Cyclone and OpenSDA debug hardware interfaces. The server is available as an Eclipse plugin so the user can easily install and configure it. NXP's Kinetis Design Studio, MCUExpresso IDE, and S32 Design Studio already have the plugin seamlessly built into their products. PEmicro's GDB Server supports run control and FLASH programming of many ARM devices. Click for a complete list of ARM devices that are supported.

The latest version of the software contains the following features:

PEmicro's GDB Server for ARM devices is available as an Eclipse plugin that can easily be installed within Eclipse IDE under Windows, Linux, and macOS operating systems. For user's of Eclipse based development IDEs such as KDS (Kinetis Design Studio), S32 Design Studio for ARM, LPCExpresso, SOMNIUM DRT, etc. The latest P&E GDB Server plugin can be installed by Eclipse automatically (Help->Install New Software...) via the following update site: http://www.pemicro.com/eclipse/updates. 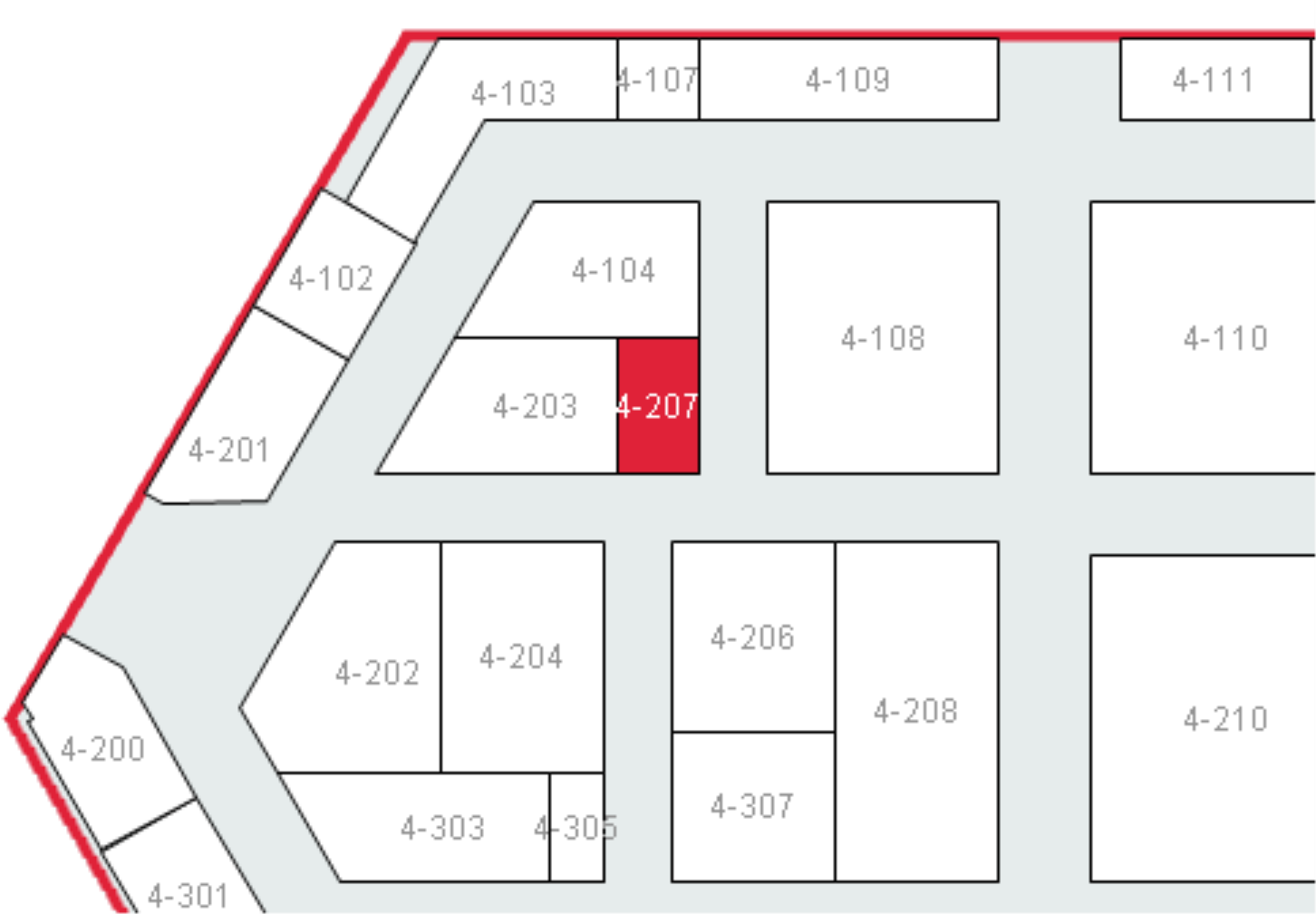 PEmicro offers you products from these product groups: