port is a market leading company in the field of protocol libraries. stacks, drivers and tools for industrial real time communication. Since 1990 our Know-How accelerates your Time-To-Market. More than 500 customers worldwide and thousands of devices using PORT`s real time technology successfully.

We offer embedded multiprotcol modules, single board computers (SBCs), switches, gateways, I / O boxes, ARDUINO/PMOD boards or iPC cards in In combination with port's GOAL technology - we solve the challenges of IoT and Industrie 4.0

Port is available for implementing your solution. Customer specific developments as well as applications in the field of Hardware and Software are our field of business - just drop us message.

and Development Tools for EtherCAT, POWERLINK, PROFINET and CANopen

Design Tool:
Our Designtool configures our Protocol Stack and creates the for your program necessary function calls. Also the variables are being generated. The Designtool creates the object dictionary and provides provisions to define customer specific variables. All common standardized profiles are already available. You program your application - we provide the rest. We are not aware of any tool that guides you so fast and reliable to your destination.

Device Monitor:
Together with the Server Application this tool offers the managemement of a small network - on protocol level. Several device profiles (EDS, GSD) can be loaded and these devices managed. The DeviceMonitor Tool allows the user to control the small network. The DeviceMonitor in combination with the REport tools can be perfectly used for verification and manufacturing tests.

youCAN:
youCAN simulates a CANopen network. This brings your laboratory environment for troubleshooting and verifikation as close to a real network as it can be. You safe the time and the effort for many trials-and errors.

Device vendors face a flood of Industrial Ethernet protocols and its hard to decide which one is the right to implement. And this decision is hard. Often, there is already an existing porduct and CPU or MCU is used for control tasks where they perfectly fit. But adding communication tasks may cause a complete product redesign cycle.

The port Unififed Data Interface (PUDIN) combines a FPGA and a DPRAM interface to an universal platform for implementing many different Industrial Ethernet and fieldbus protocols. The DPRAM acts as an interface to the application e.g. a host board. Within the DPRAM a common object dictionary is managed as a process image for communication. Whether EtherCAT, POWERLINK oder CANopen: Your application interface stays the same!
A comfortable library eases the access to the object dictionary. Customers of the CANopen libraries can work with the API within a minute. Programming rookies are guided to their first success by different programming examples.
PUDIN uses a very flexible system channel for interchanging information with the application which also supports object creation during runtime. It also offers the possibility to update the firmware of the FPGA. The level of abstraction done by PUDIN can be chosen by the user. If stack specific information such as stack dependent error conditions are needed, PUDIN will provide this information. PUDIN is completed by full support of port’s well
known Design Tools. Using these tools, the application of PUDIN is a breeze: Object dictionary, device description and access function are generated. This results in a fantastic time to market and along the way the error rate of the code is significantly reduced by using the well tested source code genertaed by the tool PUDIN’s features at a glance:

PUDIN is designed for creating flexible communication solutions for that have to support a wide variety of communication protocols but want to reduce the implementation effort. It is also an ideal basis for developing communication modules for embedded applications for small and medium lot sizes.

SoMs from PORT are communication professionals. EtherNet / IP (DLR), PROFINET, EtherCAT, CANopen and MODBUS are available on board. No downlod, no new integration - - the necessary fieldbus system is selected via the application. The C2C (Core to Core Communication) via SPI, the host CPU is connected to the SoM. The SoM acts as SPI slave and the host SPI trains the master. A MICRO - GOAL on the host side facilitates the connection of the application to the real-time communication.
We will provide you with the necessary driver (if available) or we will create the appropriate driver for your host CPU.
A unified tool platform (design & management tools) facilitates easy integration, maintenance and enhancement.

The hardware design is easy to integrate into your hardware - on request we can supply you with the ALTIUM (or alternative) data. Furthermore, the SoM is prepared for the integration of various Ethernet connectors. RJ45, M12, M8, Mini Ethernet - your decision

If the product is registered with PORT, you will receive all updates for free. This means that even with new developments you are always up to date with the current ODVA, PNO, CiA ... certification requirements.

for EtherCAT, POWERLINK, PROFINET, CANopen and others

One -unique- Connumication Module - is this possible?

Most manufacturers of Industrial Equipment are facing the various industrial protocols and bus systems. Which one to support and which one not? There is almost no right decision - except for supporting all of them. Except this not exactly an easy decision. Often enough the product is already existing and finshed in form, function and design. Mostly an CPU or MCU is being used which is perfectly suitable for the existing product - but not for more and certainly not for operating a complex Industrial protocol.

Is there a common denominator between the usual suspects?
The layer 1 network connection for Indusrial Ethernet is almost identical: RJ45 jacks, Ethernet transformers and the PHYs. The PHYs are connected to a FPGA - and here starts your freedom:

Now the next step is already in sight: A in software emulated CPU in the same FPGA is operating the Protocol Stack.

Already here every manufacturer of a network operated device has solved many problems - but still has some problems to solve: The existing application need to be fed with the variables delivered by the Protocol Stack. Exchange of data with the host application - fast and with lowest resource consumption. Exactly here the impact on the existing application is determined and how many resources of the CPU/MCU and development effort are necessary:

Integrating of the existing control solution into the CPU of Communication module?
This comes with significant risks regarding time frame of the project and reliability as well as it costs time and money

Connecting with a serial protocol (e.g. SPI)?
This way anew bottleneck is being created and the CPU is loaded with management of the addional sub-protocol

Data Exchange by a Dual-Ported-RAM mapped as a common memory for CPU/MCU and Communication Module
Only small changes in the host application are necessary. The DP-RAM is integrated in the FPGA and can be adapted to almost ANY bus timing for the host CPU/MCU
Large parts of the object dictionary are maintained in the DP-RAM only - this can be adjusted with PUDIN and port’s tools - Optimizing performance made easy.

PUDIN - what about it?

PUDIN converts the normal DP-RAM interface into a fast and effective solution. Parts of the object dictionary are being held directly in the DP-RAM – by PUDIN. Changes are written directly to the corresponding location - the application accesses the variables directly. This can be optimized in way that a variable (e.g. rpm of a motor) are read by the state machine directly from the DP-RAM and not from a local variable any more. This reduces the impact of the changes to a minimum. Using the corresponding design tool makes the generating, managing and application of the variables on the host side very easy and reduces error-prone manual activities to almost zero.
This interface is independent from the Industrial Protocol by providing an optimized method. Adaptions to the specifics of the corresponding protocol may be necessary. Using the corresponding design tools this effort can be kept at a minimum and reliefs the engineers from error-prone definition duties. Just take a look at our sample for a communiction module and study our PUDIN specification. We are available for designing your specific Communication Module - in Hardware and Software. 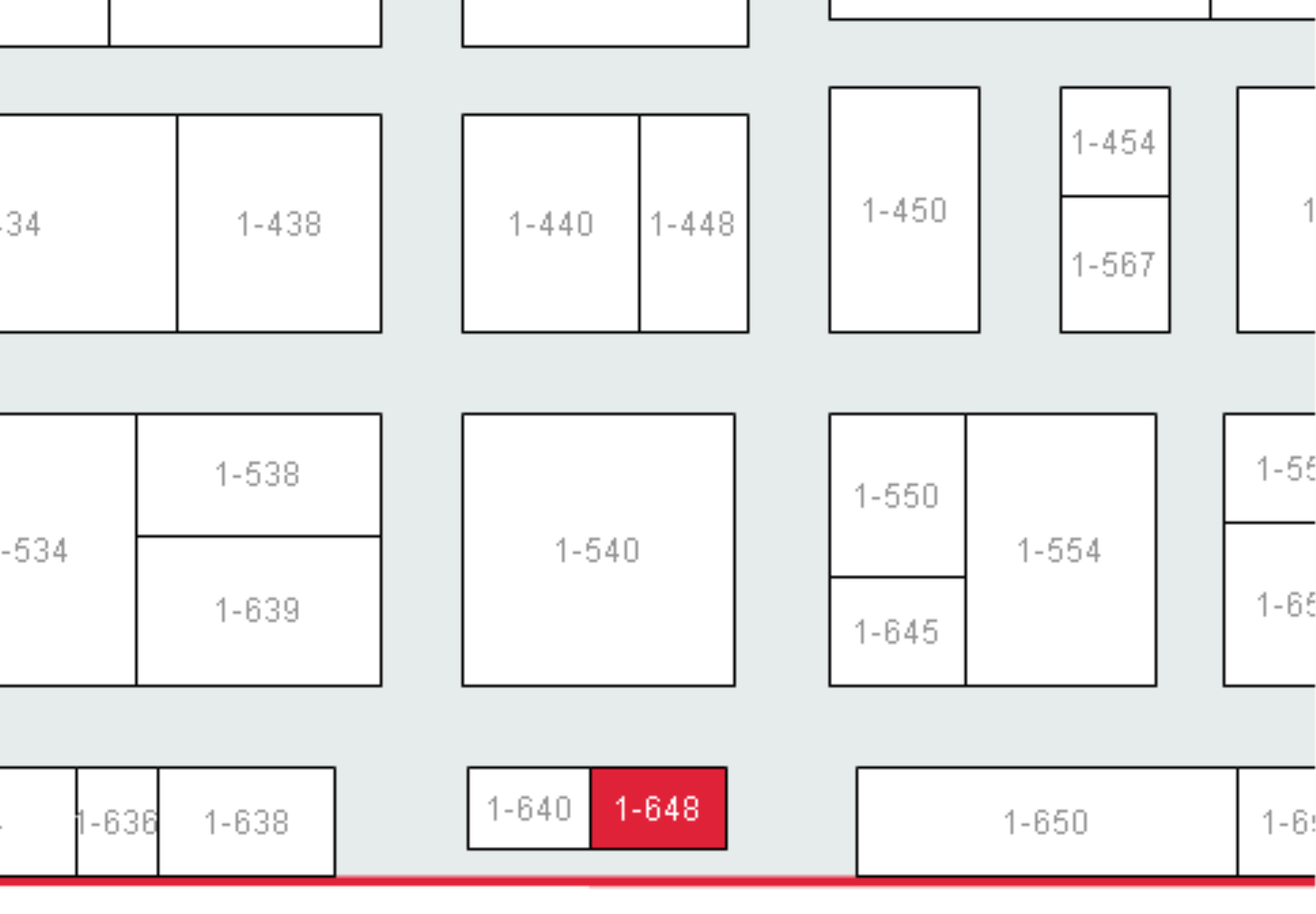 port GmbH offers you products from these product groups: