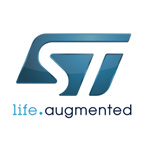 Bastoni earned a master's degree in electronic engineering in 1992 at University of Pisa (Italy). Until 2010 he worked for different companies - mainly in telecommunications and industrial markets - as hardware, firmware and software developer, system integrator, project team responsible. He joined in 2011 italian company Yogitech, widely recognized as leader in the application of functional safety standards, where he earned relevant experiences in ISO26262 and IEC61508 application to microelectronic devices and software applications. After one year spent from 2015 to 2016 in Automotive Division in Intel Shannon (Ireland) as Functional Safety Architect, he finally joined STMicroelectronics. Bastoni is currently based in Rousset (France) and he is technical responsible for the functional safety support program of STMicroelectronics general purpose microcontrollers.