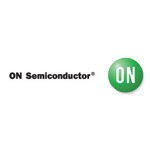 James Tornes is the VP of Systems and Software in the Intelligent Sensing Group at ON Semiconductor and is responsible for algorithm development, imaging system development, embedded firmware and system level tuning and testing of our products .  He joined Aptina Imaging in 2012 which was acquired by ON Semiconductor in 2014.  He was VP of Systems and Operations for Foveon Inc before his time at Aptina, responsible for image processing, software, and manufacturing.   James was a Senior Director and Chief Engineer at Silicon Graphics from 1990-2001 working on various system architecture challenges for the workstation division including the transition to Intel processors from MIPS.  From 1987-1990 he worked at startup Multiflow Computers, who made the world’s first VLIW computer.