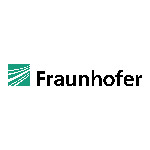 Axel Plinge received a diploma degree with distinction in computer science with a minor in philosophy (2010) and a PhD degree in computer science (2017) both from TU Dortmund University, Germany. He worked in different areas of psychophysical research from hearing to color vision and depth perception at the Leibniz Research Centre for Working Environment and Human Factors at the university for over a decade. In 2012 he joined the Pattern Recognition group at the Department of Computer Science at TU Dortmund University, where he published several articles on speaker tracking, sound classification and microphone geoemtry calibration. Since 2017 he is working in the AudioLabs group at the Fraunhofer IIS reasearch institute in Erlangen, Germany. He is currently working on Augmented and Virtual Reality applications as well as increasing efficiency in Machine Learning.

Getting AI in Your Pocket with Deep Compression